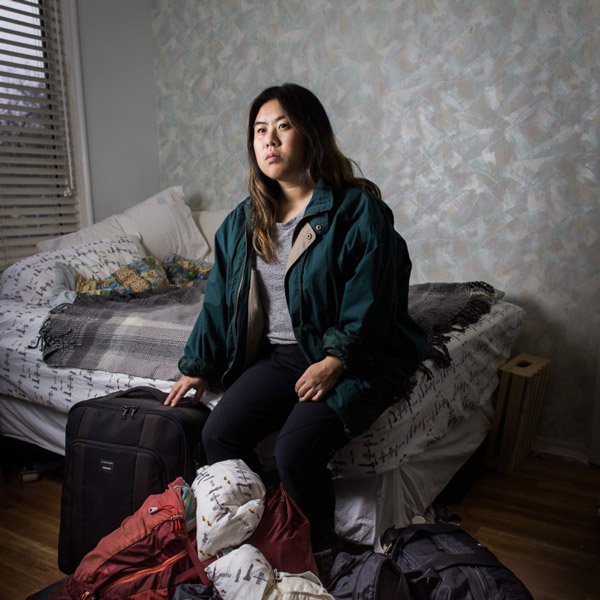 The Nikkei National Museum invites you to the opening of The Suitcase Project, a multimedia exhibit photographed and curated by Kayla Isomura. The exhibit opening event is free and open to the public from 2pm-5pm. Tea and snacks will be available during the opening event in the lobby.

The struggles and resilience Japanese American female incarcerees faced during the Second World War are woven through this play reading based on transcripts and oral histories from the US government’s “loyalty questionnaire.”

The Suitcase Project asks yonsei and gosei (4th and 5th generation Japanese Canadians and Americans) what they would pack if uprooted from their homes in a moment’s notice. While these descendants of the internment and incarceration may never have to endure the same forced uprooting as their ancestors, Kayla Isomura’s work examines how they, and those descended from families who faced other forms of discrimination, remain affected by this history today.  Full programming and exhibit info.

The main entrance to the Nikkei National Museum is street level with no steps. The gallery entrance is on the first floor and is also level. There are two gendered washrooms and an all-genders accessible washroom with a change table.

Audio components of the exhibit will be accompanied by English transcriptions. Each film will have subtitles in English as well.

Listening stations and the film component will be seated.

If driving, free parking is available underground with designated accessible parking spaces. An elevator will take you to the main level. If taking public transit, the museum is a 15 minute walk uphill from Edmonds Station. The 119 departs from Edmonds Station and Metrotown Station every 10 minutes and stops right outside the museum.

This event is free/by donation.