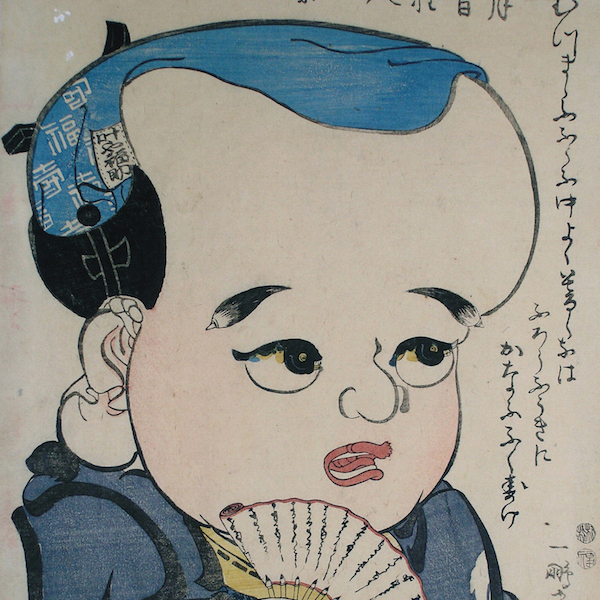 Japanese Woodblock Prints from the 1800s

Ukiyoe artists from the 1800s Japan demonstrated superb woodblock-carving techniques and created compelling prints that are internationally recognized. Works by master ukiyoe artists that are rarely shown in North America will be on display at the West Vancouver Museum and the Nikkei National Museum in Burnaby.  Over a hundred ukiyoe prints have been selected from the private collection of Mr. Shinichi Inagaki in Tokyo, Japan for these exhibitions.  Many of Mr. Inagaki's prints from the Edo (1603-1868)  to Meiji  (1868-1912) periods depict parodies, puzzling expressions of humour, playful interpretation of mythologies and twisted ghost stories, as well as the everyday charm of ordinary people and fascinating Japanese traditions.

These exhibitions are curated by Shinichi Inagaki and Kiriko Watanabe. We would like to acknowledge the support of Kazuko Honjo and Maiko Behr for developing these exhibitions.

At the Nikkei National Museum

The prints exhibited in the Ukiyoe Spectacular: Japanese Woodblock Prints from the 1800s are a virtual gold mine of illustrations of Japanese folk beliefs, customs and playful imagination.  Examples from the exhibition will be highlighted to illustrate logographic word play (moji-asobi), pictures composed of kanji and/or kana (moji-e), cat lore and monster lore, whole creatures presented as parts of larger whole creatures, and playful teaching tools.
This program is co-sponsored with The Canadian Society for Asian Art.

Highlighting images from the exhibition, Ukiyoe Spectacular: Japanese Woodblock Prints from the 1800s, this talk will explore definitions of the comic genre, tracing the term "manga" and characteristic features of its style and subject matter into the past. In this context, closer examination of the humorous, bizarre, and often cryptic imagery of 19th-century woodblock print artist Utagawa Kuniyoshi and his circle will illuminate intriguing connections to the world of manga comics, which enjoy such widespread popularity today.
This program is co-sponsored with The Canadian Society for Asian Art.


Saturday, March 15, 2014, 2-5pm
Spring Break Manga Workshop
For ages 10 and up
$10 (Please preregister as space is limited)
Instructor: Yukina Takeuchi studied 3D Animation at Vancouver College of Art & Design and specialized in digital painting in anime style. She designed the Mascot characters for the Nikkei Matsuri 2013.

Learn the Manga-ka’s hands-on craft that demonstrates how to draft, draw and finish your own Japanese Anime and Manga Style drawing. This is a fun and interactive beginner workshop is designed to those who have never studied Manga or Anime before. If you love drawing pictures, you will surely enjoy this activity!

Thank you to our supporters!