Skip to content
Home > Read > The Politics of Racism

The Politics of Racism: The Uprooting of Japanese Canadians During the Second World War is the first book to fully document the politics behind the 1942 expulsion order that saw 20,000 Japanese Canadians evicted from their homes in British Columbia and sent inland to work camps, detention centres and farms in Alberta and Manitoba. The book details the relationship between racism and political expediency, and shows how political parties and the affairs of the nation were controlled by a small group of politicians who scapegoated minorities to hang on to power. Most alarmingly, The Politics of Racism shows how easily Canadians allowed themselves to be manipulated by a political process that used fear and war hysteria in a very cynical and calculated way.

Since the 1981 version of The Politics of Racism (POR1981) was published, it has undergone two further editions: an HTML version in 2000 (POR2000) with an additional afterword about Redress; and an e-book edition (POR2020) with an additional photo essay by the author. Both are published at japanesecanadianhistory.ca.

Read The Politics of Racism online

We gratefully acknowledge the support of Metro Vancouver’s Regional Cultural Project Grants Program in the production of this eBook.

Ann Sunahara is a historian and lawyer. In 1973, she began studies in history with the object of determining why her husband, David, had been born in a detention camp in Canada during the Second World War. The resulting book, The Politics of Racism: The Uprooting of Japanese Canadians During the Second World War, published in 1981, used the government’s own documents to show how officials abused the human and civil rights of Japanese Canadians for political ends. It provided the facts to kick-start a campaign by Japanese Canadians for redress of their wartime wrongs. After redress was achieved in 1988, Ann joined Justice Canada in Ottawa. She retired in January 2007. 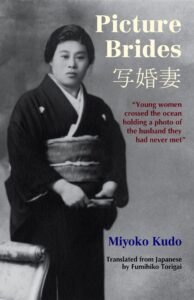 Between 1908 and 1928, young women ventured across the Pacific Ocean from Japan to Canada with dreams of a… 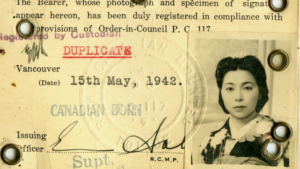 Collections Manager Lisa Uyeda introduces treasures from the museum vault. In this episode, we introduce the Nagasaka Family collection…. 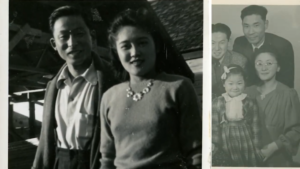 Collections Manager Lisa Uyeda introduces treasures from the museum vault. In this episode, we showcase a picture album from…