Skip to content
Home > Exhibits > Past > Lost and Found

In 1920, nikkei timber baron Eikichi Kagetsu began extensive logging operations over 600 acres of prime forest in the Seymour Valley of the District of North Vancouver. The cedar logs that he and his workers harvested in the valley were transported down to the Vancouver harbour, where they were placed on ships bound for Japan. While very little has been written about Kagetsu’s operations in the valley, important physical traces remain. The objects here were very likely used by Kagetsu’s workers. They were uncovered near Mackenzie Creek by Bob Muckle and his team of archaeologists from Capilano University from 2002-2019.

The labour of the Kagetsu workers is symbolized by the saw, which they used to fell the rich timber of the coastal forest, and the leather boot, which protected their feet as they hiked and toiled. The water pitcher, tea cups, and rice bowls reflect the meals that sustained energy over long working hours. The basin represents washing-up after a hard day’s work. The Pond’s cream (which also provides possible evidence of women in the camp) would have soothed chapped hands, while the two small medicine bottles contained tonics meant to restore the vitality, energy, and stamina of the workers. Finally, the day might have ended with a bit of revelry, represented by the sake and beer bottles. Two of the bottles were found at the bottom of an outhouse. Was the latrine a convenient garbage dump, or was it a hiding place for the liquor?

While the Kagetsu operations ceased in 1924 when the Seymour Valley was taken over by the Greater Vancouver Water District, nikkeijin (Japanese Canadians) very likely continued to live and work in the valley until their forced removal from the coast in 1942. The objects seen here provide evidence of the lives lived in the Kagetsu logging camp, and help ensure that important nikkei stories are not forgotten. 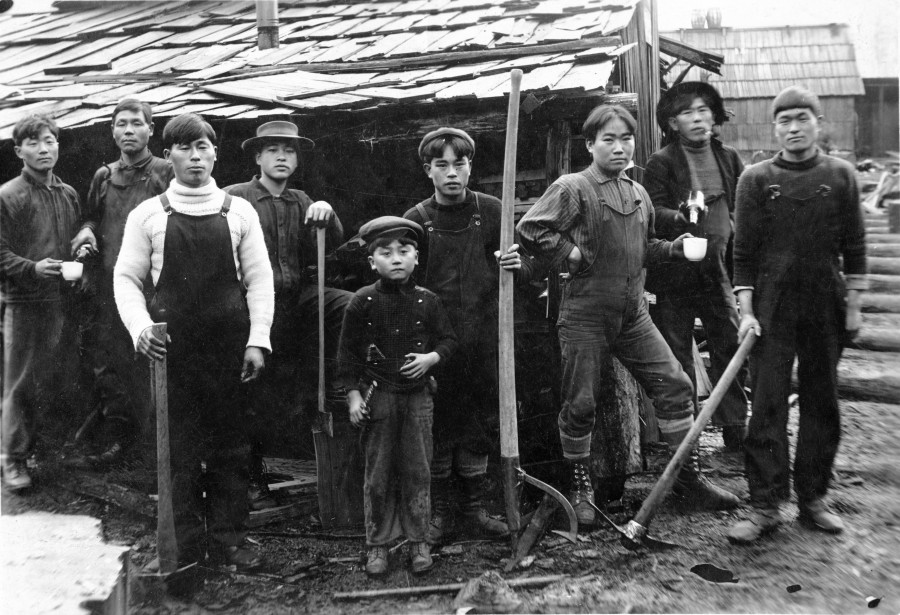 Japanese Canadian loggers at Rice Lake mill, circa 1905. The mill was just south of the camp where these objects were found. The child pictured is Shigeo (Tony) Kato, the only Japanese Canadian to serve in the British and Canadian military for the entirety of the Second World War, and one of three permitted to enlist. Photo courtesy of the North Vancouver Museum & Archives 26-19E-7. 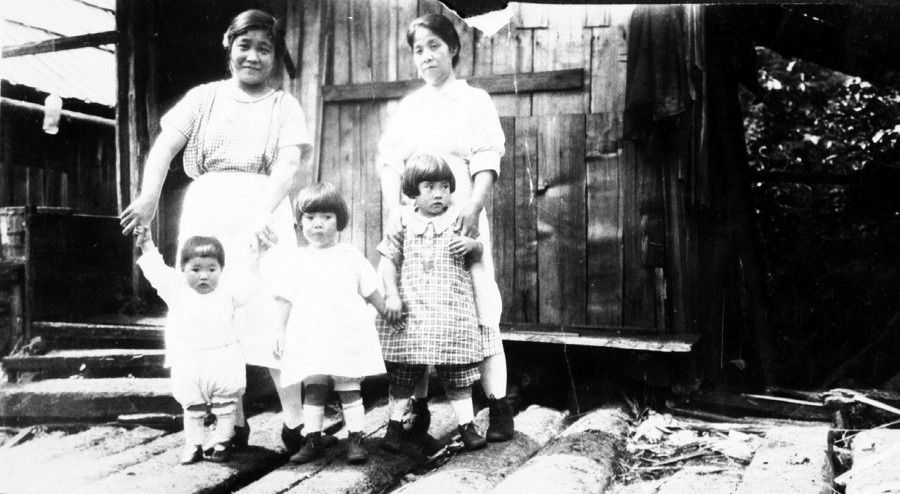 The following objects were excavated by Bob Muckle and many students between 2003 – 2019 from the McKenzie Creek (MC) and Suicide Creek (SC) archaeological sites in the Metro Vancouver Lower Seymour Conservation Reserve, within the Seymour River Valley, in North Vancouver, BC. 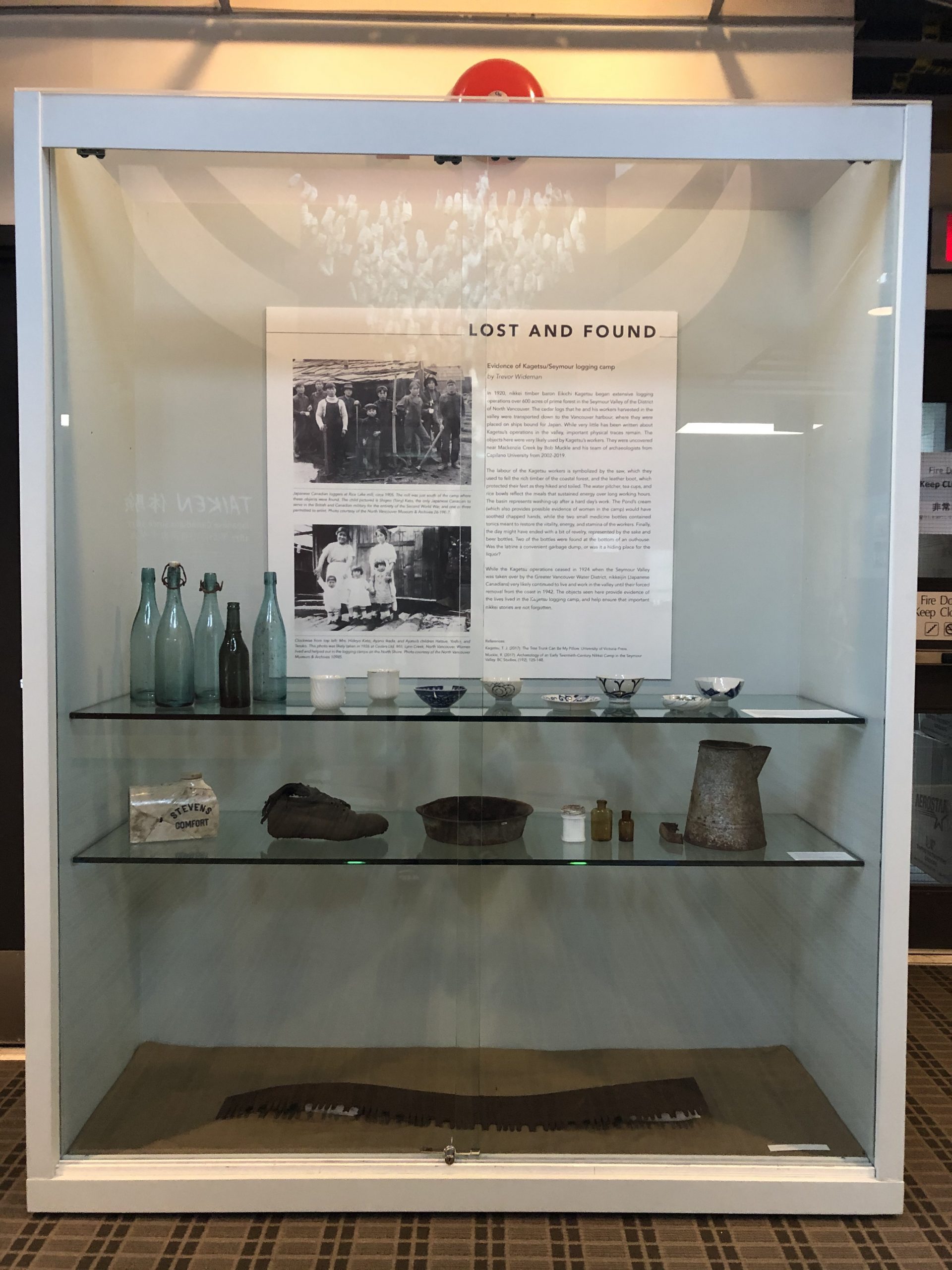 Top shelf from left to right:

Middle shelf from left to right: