The Japanese Canadian War Memorial in Stanley Park will be 100 years old on April 9, 2020.

The amazing limestone, granite, marble and terracotta masterpiece has seen many visitors and represented so much over the years.

From the First World War, Second World War, Korean War and the Afghan War, the cenotaph has represented the sacrifices, the battles fought, the fight for the franchise and the pilgrimages every Remembrance Day to salute these highlights of Japanese Canadian history.

Built to commemorate the incredible contribution of Japanese Canadians at Vimy and Hill 70, the cenotaph lantern was extinguished during the Second World War, and relit decades later in 1985 by Sergeant Masumi Mitsui, MM. Sgt Mitsui lobbied for the franchise in 1931, but this did not prevent the Veterans from the Internment in 1942.

The iconic cenotaph has been lovingly restored and taken care of by the Japanese Canadian War Memorial Committee in partnership with the City of Vancouver and Vancouver Parks Board with funding from Veteran’s Affairs Canada. And the cenotaph is a National Historic Monument and on Heritage BC’s Register of Japanese Canadian Historic Places.

Susan Yatabe (granddaughter of WWI Nikkei vet) and David Iwaasa (father & son served in Canadian military) will be interviewed on CBC's On the Coast, Apr 9 at 4:20 pm with Gloria Macarenko. David Mitsui is booked for Radio West at 5:20 pm. 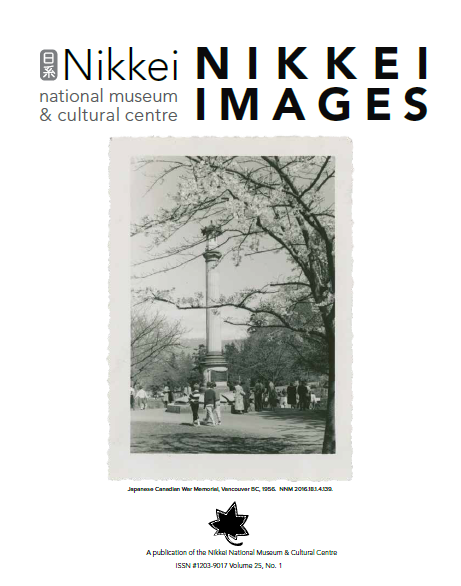