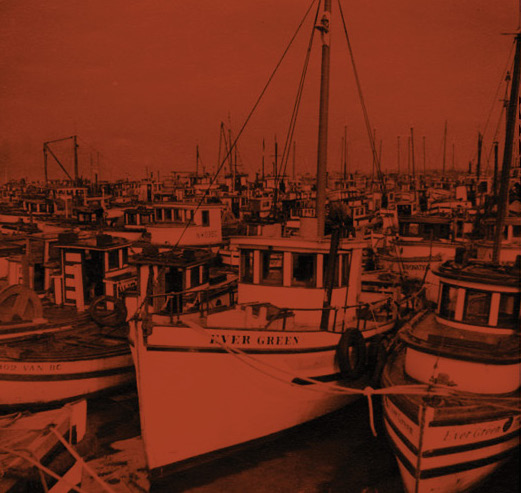 Along with every other Japanese Canadian, Kishizo Kimura saw his life upended by events that began in 1941. His experience of the tumultuous decade that followed—his uprooting and internment, his loss of personal property and livelihood, his effort to forge a new life in a new place after the war—was shared with tens of thousands of others. But his story is also unique: as a member of two controversial committees that oversaw the forced sale of property, Kimura participated in the dispossession of his own community.

In January 1942, he assisted officials disposing of Japanese Canadian-owned fishing vessels. Then, in the spring of 1943, he joined officials overseeing the forced sale of Japanese Canadian-owned property in Vancouver. During his service on the two committees, Kimura directly participated in the sale of 950 fishing vessels, 177 parcels of real estate, and an untold volume of personal belongings. Kimura helped to dispossess the fishers among whom he had worked and to destroy the neighbourhood in which he had lived.   A book, Witness to Loss: Race, Culpability, and Memory in the Dispossession of Japanese Canadians, 1940s, edited by Jordan Stanger-Ross and Pamela Sugiman is published by the Landscapes of Injustice Research Collective that the Nikkei National Museum is partnered on. This website presents the entire English translation of an unpublished memoir by Kimura, along with the original Japanese text.